If you haven't been following my string of issues in an attempt to build a brushless tiny whoop you can find Part 1 and Part 2 here.

Since part 2, I have found that this build actually had an issues that was causing me crappy performance. I was getting RSSI issues at any distance away and the flight controller was rebooting mid flight. I found out from this thread on RCGroups that these boards can sometimes have a bad 5v regulator on them, and when paired with crummy old LIPOs, the regulator doesn't properly supply the FC with a constant 5v it requires. When the voltage sags under heavy load (punch outs) it can cause the on-board receiver to drop signal or even cause the FC to restart. I was able to fix this by making 2 changes. First, I soldered in a tiny 5v regulator like this and sandwiched it between the FC & 4in1 boards. 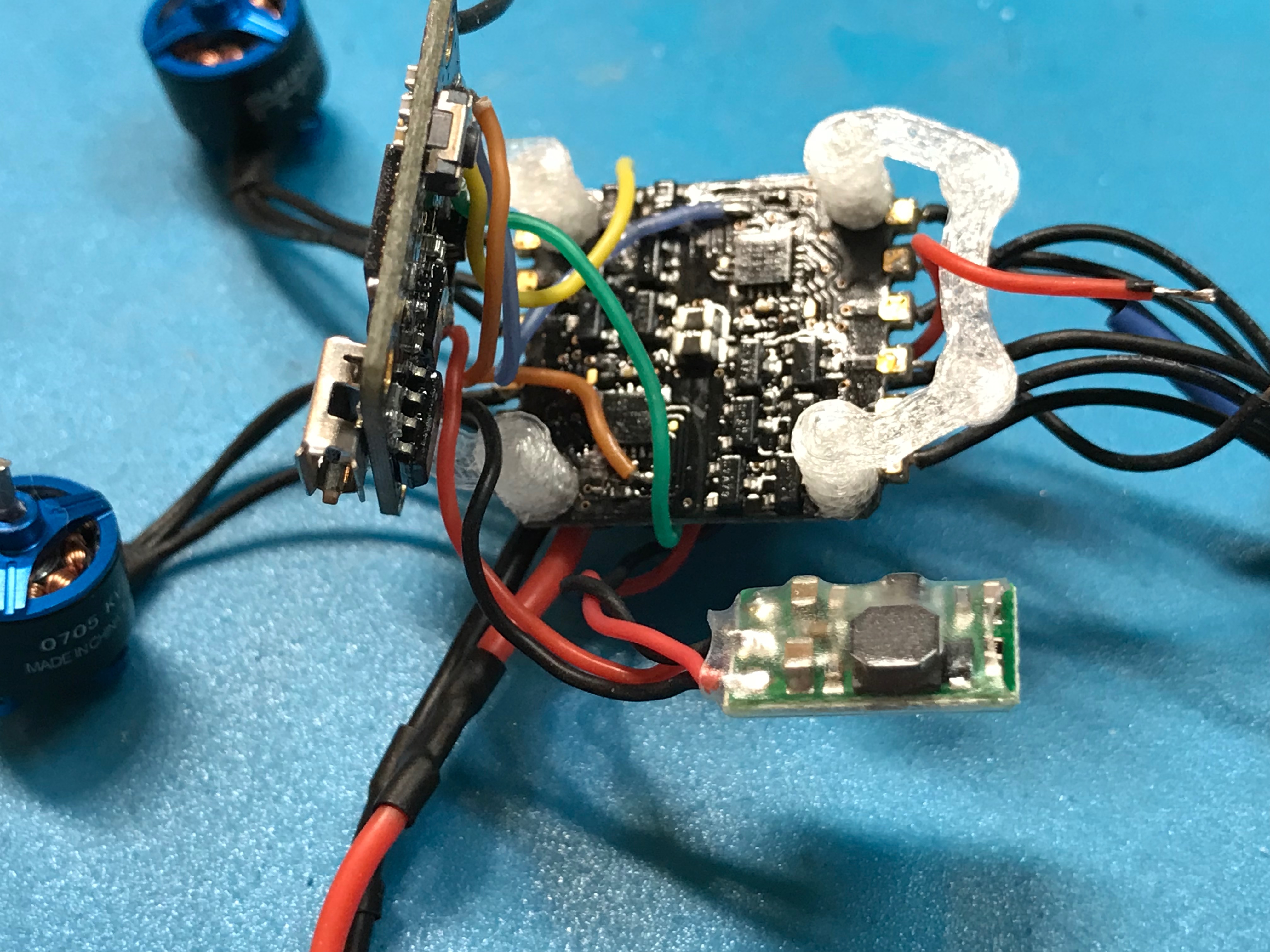 Second, I soldered an extra lead to my 4in1 for a 2nd 1S battery so I could run 2 in parallel. This meant that I could stop using the crappy 350mah and 500mah Turnigy batteries I've had for years and could start using 2 of my brand new 250mah HighC 1S batteries from Kado's Multirotors that I had purchased for my brushed whoop. The performance jump by going to 2 of these batteries was quite incredible and the voltage sag went right out the window.

You may also notice in the picture the hot glue that runs down the motor connection points. Those motor wires are so brittle and were breaking off at the solder point so I threw a bead of hot glue down them to hopefully resolve that problem.

After making these changes and things were really starting to work quite well I figured it was a good time to recap some of the problems I had run into.

After resolving all of the above, It immediately flew great on the larger 76mm Rakon frame but it made me curious... Did I pass on the 66mm frame too early for reasons that were unrelated to the frame & props size? I decided to rebuild and give it a second chance on the smaller 66mm Rakon frame that I had tried in PART 1. Also, if I could get it to work just as well on the smaller frame, it meant I could use the larger Rakon frame with some 1102 motors and have a 2nd brushless whoop that was designed for 2S. I'm glad I did! With the 66mm frame, and the battery mount that takes 2 x 1S batteries, I was having banging performance!

Let's check it out

Don't judge my flying it was my first flight on the new build. In the video below I flew for 3 minutes and 26 seconds. I cropped out parts where I was sitting upside down waiting for a flip which was still using precious MAHs. That said, I believe I could have gone longer! I was worried I was over-working the battery because I was starting to feel some sag so I pull the batteries and measured voltage. I was at 3.87v per battery! I think had I flown the rest of the pack conservatively I could have easily hit 4 minutes of flight time. Right now I'm flying all acro and have yet to try out horizon mode to see if the self-level problem is gone since resolving the other mentioned issues.

Some of the things I did to make it fly more like my brushed tiny whoop are as follows: 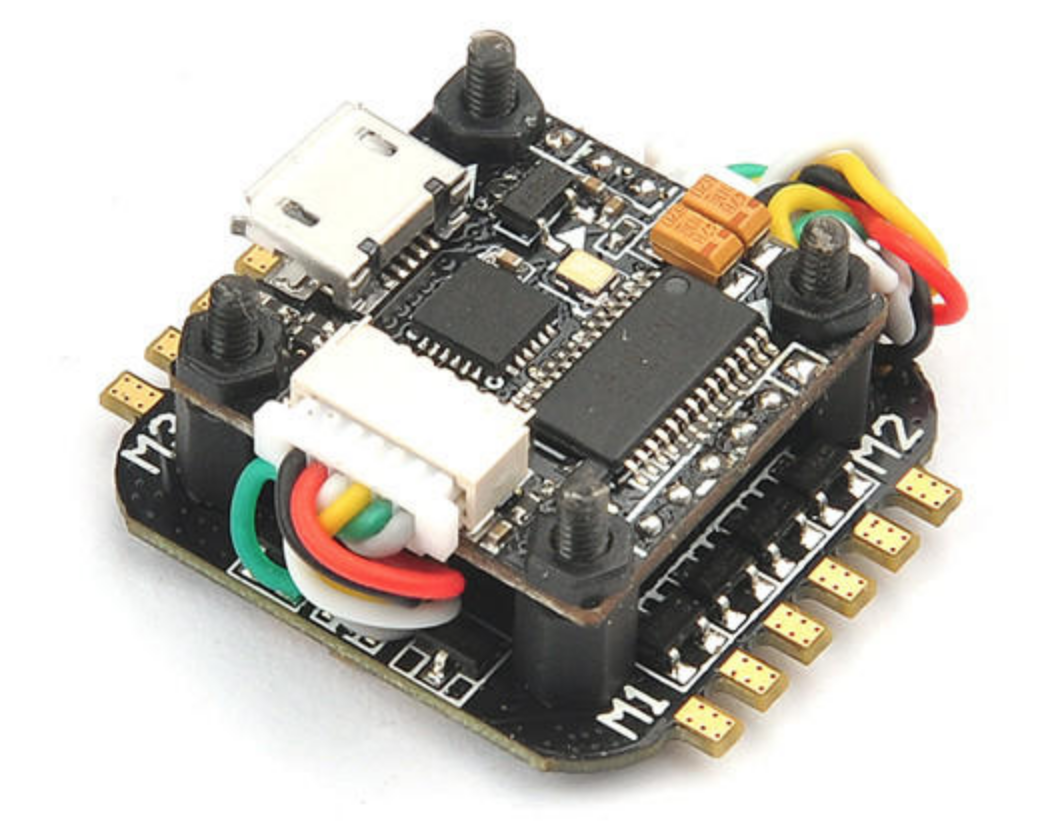 This thing came highly recommended to me by AdamD who's well known for building brushless whoops that kick ass. He suggested that as the go-to for the 77mm frame along with a set of 1102 motors.

For motors I was leaning towards one of these sets, the first being recommended by Adam:

So that's the direction I'm headed next. I also need to figure out which 2S batteries will be best and figure out if they'll fit the with the battery mount I have currently. I may need to get someone to 3D print me something custom for some TATTU 2s batteries.

Ok, In this video I'm looking at the NEW Camera control Add-on board from ReadyToFlyQuads. So you may have a seen some of the newer flight controllers coming out, like the CL Racing

I have some of the latest products coming in from RTFQ and I am curious what people think about them. RTFQ Freestyle Flight Controller V15 http://www.readytoflyquads.com/rtf-freestyle-flight-controller-v15 I haven't dug