The first project I was thrown into when joining my new PINK Nation team was to develop the front-end for a tapping game called The Amazing Tap Race. It was the final stage of a multi-part online contest where PINK girls were competing for the PINK Nation runner-up prize.

At the end of the 24 hours, the team with the most taps wins the runner-up prize. 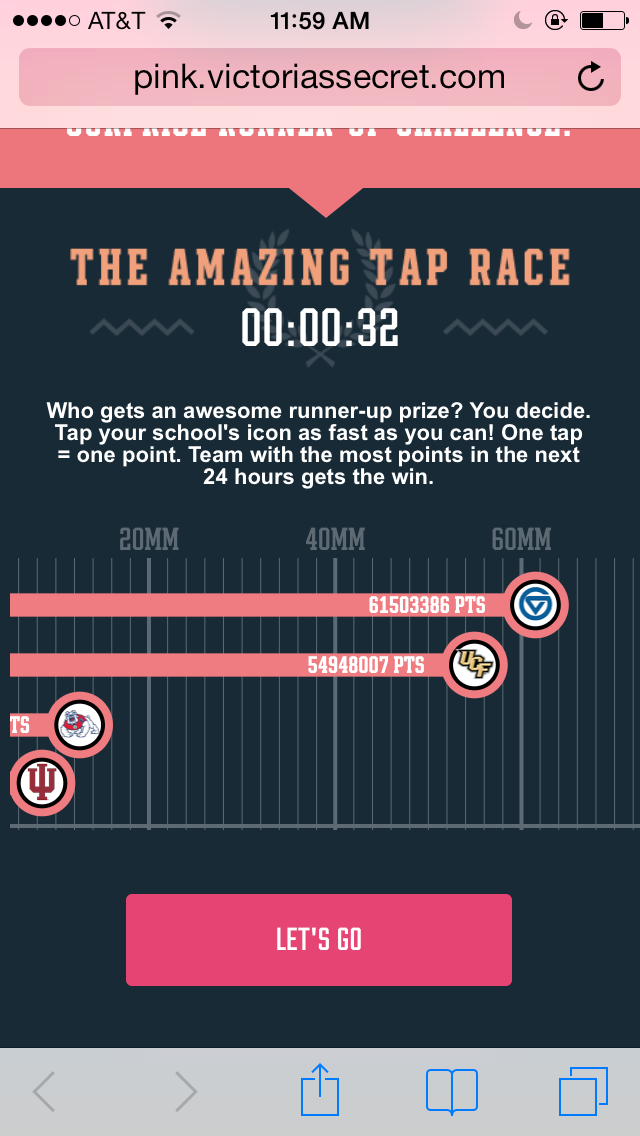 After 24 hours, the game had received 137 Million taps, and Twitter was full of chatter and pics of girls playing the game, showing off how many taps they had produced, and how badly their fingers hurt from non-stop tapping. The votes were tallied and Grand Valley State University was the winner with over 61 million taps!

It really cool to work on a project that got so much visibility and had so many people participating! I can't wait to see what we come up with next!

Update 12/14 - In the last 7 days Zombie Holiday was viewed over 47,000 times! This past weekend my game, Zombie Holiday, made the homepage of the Google Chrome Webstore under

After attempting to use homebrew to install MySQL on my Mac OSX 10.9.4 Mavericks machine and running into a bunch of issues I found this awesome tool. I was able to

The Personal Blog of Corey Snyder
—
My Team's game gets 137 Million Taps in 24 hours!
Share this