We have a couple different options here and the distinction between how they copy is super important. Some of the ways I've tried copying objects include: 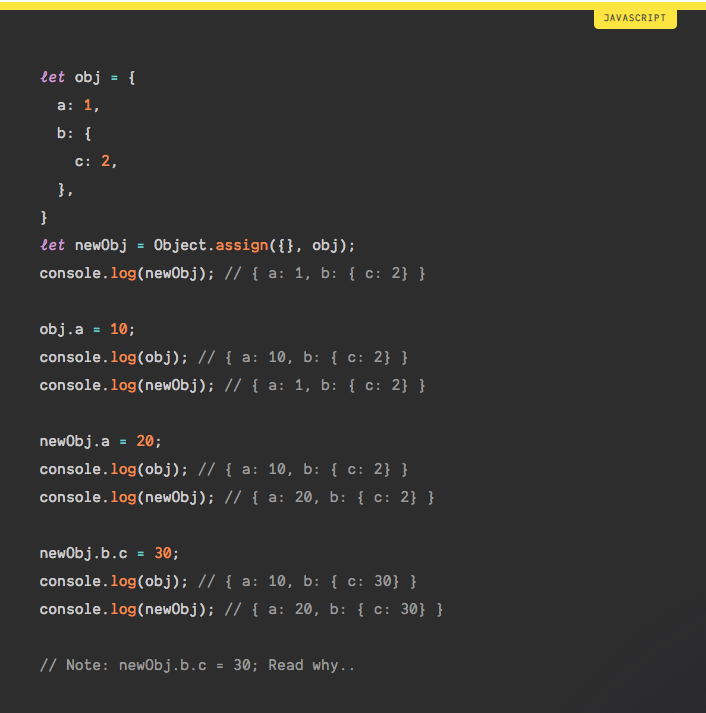 When to use Arrow Functions in ES6?

A while ago our team migrated all its code (a mid-sized AngularJS app) to JavaScript compiled using Babel. I'm now using the following rule of thumb for functions in ES6 and beyond:

Why use arrow functions almost everywhere?

Why always use regular functions on the global scope or module scope?

Attempting to instantiate an arrow function throws an exception:

However, the functionally identical2 ES Harmony draft class definition is almost as compact:

I expect that use of the former notation will eventually be discouraged. The object constructor notation may still be used by some for simple anonymous object factories where objects are programmatically generated, but not for much else.

Where an object constructor is needed one should consider converting the function to a class as shown above. The syntax works with anonymous functions/classes as well.

Take for instance this (particularly confusing) piece of code3:

The same piece of code with regular functions:

While any one of the arrow functions can be replaced by a standard function, there would be very little to gain from doing so. Which version is more readable? I would say the first one.

I have been using react2angular library for plugging ReactJS components into my AngularJS Application so that I could start writing ReactJS today without having to migrate over the entire application. The real power

Currently our web application is 18+ AngularJS SPAs. Each of them operates in it's own docker container and each has it's own webpack configuration, though they're all derived from the same base config